Life with Boys Wiki
About the Wiki
Welcome to the Life with Boys Wiki, a collaborative encyclopedia for everything and anything related to Life with Boys. There are 109 articles and we are still growing since this wiki was founded. The wiki format allows anyone to create or edit any article, so we can all work together to create a comprehensive database for the Life with Boys franchise. Don't forget to visit our policies, recent posts, and this Wiki's general ruleset before editing. Today is the 19th of June and currently there are 10,581 edits to this wiki.
Characters

About the Show
Life with Boys is a Canadian teen sitcom that started broadcasting in Canada on YTV in September 9, 2011. Each half-hour episode follows 15-year-old Tess Foster as she navigates her way through the turmoil of teen life while living at home with her single, overprotective dad and three brothers. Although Tess adores the four important men in her life, they do have four totally different perspectives. Despite the shortcomings of being the only girl in a male household, the boys can sometimes offer solid advice. Whether it’s building up the courage to talk to a boy, dealing with an obnoxious one, or coping with the repercussions of being the only girl on the boys’ wrestling team, Life with Boys sheds a comedic light on many of life’s difficult moments. 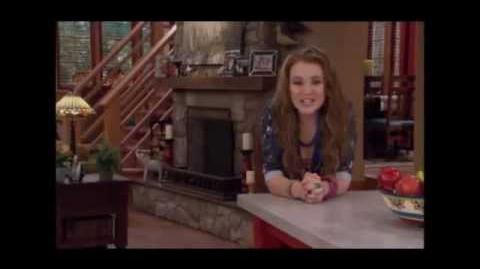 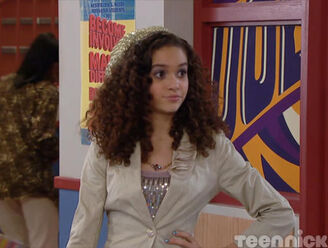 Allie is Tess' best friend in the series. She is cute, fashionable, and totally boy crazy. Though she can be a bit sassy and sarcastic at times, she always has Tess' back when she needs it. Allie is portrayed by Madison Pettis.
Featured Image 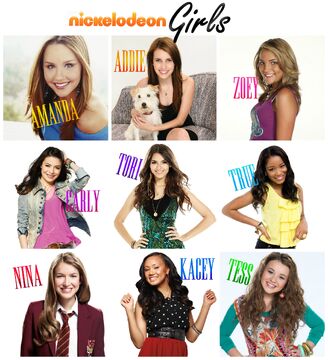 This image is featuring all of the nickelodeon lead female characters, with the exclusion of Taina, Sam and Cat.
Retrieved from "https://lifewithboys.fandom.com/wiki/Life_with_Boys_Wiki?oldid=14215"
Community content is available under CC-BY-SA unless otherwise noted.